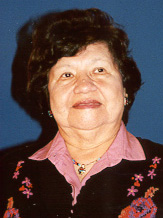 It is with heavy hearts that we share the news of yet another passing of an Indspire family member. Theresa Stevenson, the co-founder of a long-running hot lunch program for school-aged kids called Chili for Children, died on January 25 at the age of 93.

Stevenson and her late husband Bob helped launch the thrice-weekly program out of the Albert-Scott Community Centre in Regina’s North Central neighbourhood in the 1980s – and it’s still running, serving approximately 800 hot lunches every day to school-aged kids in the city.

She was often recognized for her community work, receiving accolades which included: being named the 1998 Citizen of the Year by the FSIN (then called the Federation of Saskatchewan Indian Nations); an Indspire Award (Public Service, 1999); and the Saskatchewan Order of Merit. She was also named a Member of the Order of Canada. In 2008, the City of Regina named a Lakeridge-area park in the city’s northwest in her honour.

Theresa will be missed by the many people who loved her dearly and by the thousands of lives she touched with her charity work and selflessness. Our thoughts and condolences go out to Theresa’s family and friends. 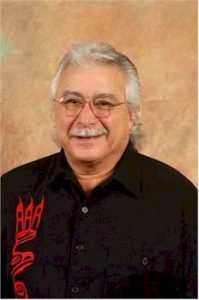 Everyone here at Indspire was deeply saddened to learn about the passing of another member of the Indspire family. Dr. Thomas Dignan passed away peacefully on Sunday, January 17th. He was passionate about education, equal access to health care, and anti-racist practice in his decades as an anaesthesiologist and primary care physician.

Among the numerous accolades he received were the Order of Canada (2018), the Order of Ontario (2006), the Queen’s Golden (2002) and Diamond (2012) Jubilee Medals, and an Indspire Award (Health, 2005). His work as a physician, mentor, and advocate for eradicating disparities in health care for Indigenous Peoples stands as an enduring legacy which will continue to have a lasting impact. Our thoughts and condolences go out to his family and friends. 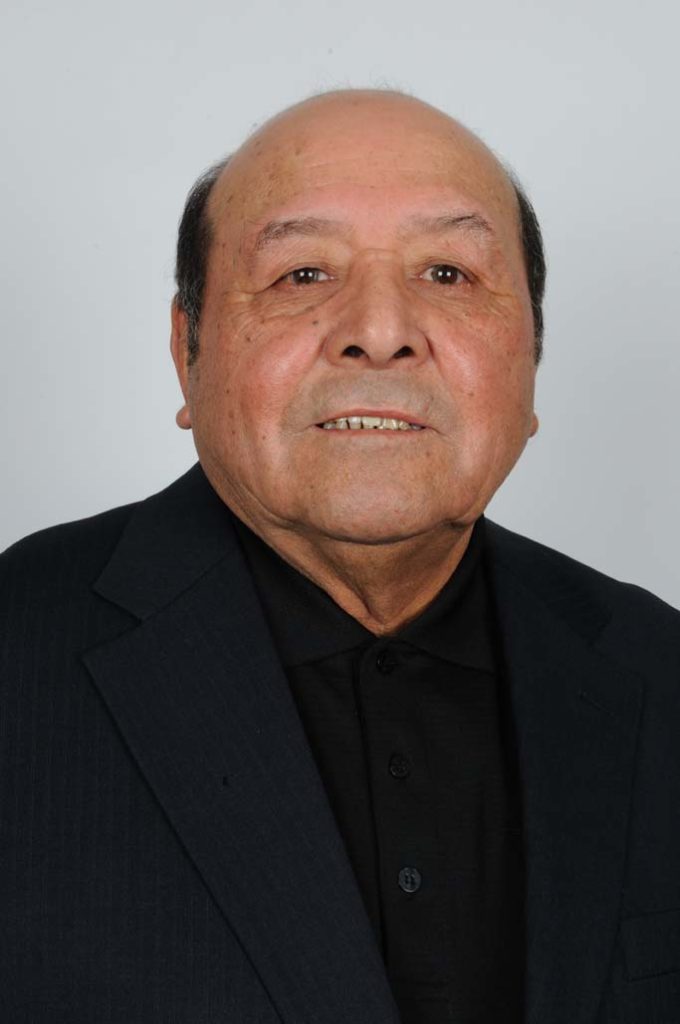 November 24, 2020 – It’s with sadness in our hearts that we share the news of the passing of another member of the Indspire family: Fred Sasakamoose, who passed away yesterday at the age of 86. One of the very first Indigenous players in the NHL, Sasakamoose played 11 NHL games with the Chicago Blackhawks in 1953-54, facing off against greats like Maurice Richard and Gordie Howe.

He grew up in Big River First Nation (formerly Whitefish Lake) and was a residential school survivor, testifying about his experiences at the Truth and Reconciliation Commission in 2012. After retiring from the NHL, he returned to Ahtahkakoop Cree Nation, becoming a band councillor and chief, and working to develop minor hockey and other sports programs for youth across Saskatchewan. He was always conscious of the need to be a good role model to Indigenous youth.

Fellow NHLer Reggie Leach remembers this: “He wanted to push our young kids to do the best they can and don’t give up. The stuff that he has done for people in his life, it’s amazing,” said Leach. “I got to know him over the years and we became great friends…He always had a smile and a kind word for everyone.”Along with receiving the 2011 #IndspireAward for Sports, Sasakamoose was named to the Order of Canada in 2017 and received an honorary Doctorate of Law from the University of Saskatchewan earlier this year.

His autobiography, Call Me Indian, will be published in April 2021. Our thoughts and our heartfelt condolences go out to his family and friends.

To learn more about Fred Saskamoose’s life and achievements, check out https://indspire.ca/laureate/frederick-sasakamoose/

November 13, 2020 – We received some more sad news at Indspire this week when we learned about the passing of another member of the Indspire family. Elder and #IndspireLaureate Edward Lennie (Inglangasuk) was known as the Father of the Northern Games; he was instrumental in ensuring that traditional Inuit sports were incorporated into the Games, and that Inuit culture continued to be practiced, honoured, and respected.

Edward trained athletes himself, raised funds when necessary, and brought his beloved Games and culture to a wider audience through performances for royalty, prime ministers, and national TV audiences. In 2010, the Games that he founded celebrated their 40th anniversary. From Alaska to Labrador, they provide Inuit with a critical cultural exchange and a chance to reconnect with their past. “Wherever the Inuit came from, that’s where it all started,” he said in describing the Northern Games. “All these sports just fit into one life story.”

Edward and his wife Jeannie welcomed many foster children into their home and raised them as part of the family; he acted as a guardian to many youth, bringing them out on the land to teach traditional values. “The loss of Edward cuts deep into our community and our thoughts are now with the family,” said IRC Chair and CEO Duane Smith. “Edward is a respected Elder and leader within our community; we will mourn him and the many others we continue to lose during these difficult times.” Our thoughts and condolences go out to his family and friends.

To learn more about Edward Lennie’s life and achievements, check out https://indspire.ca/laureate/edward-lennie-2/ 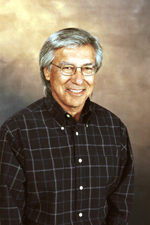 September 22, 2020 – Here at Indspire, we’re very sad to learn of the passing of Leonard Flett, former Chair of the Indspire Board of Directors (2004 – 2010) and Board Member (1992 – 2018). Len was a visionary leader and champion of Indigenous education throughout his life and was instrumental in helping to guide our organization.

A Cree status member of the Big Trout Lake Ontario First Nation, Flett had a long and influential tenure with the Hudson’s Bay Company and the North West Company, retiring as Vice President in 2005 after a 42-year career. He believed that economic development was the key to Indigenous self-government and exemplified that in his work: developing initiatives to increase Indigenous participation in business, creating 40 partnership alliances with various Indigenous entities. All of this work empowered Indigenous Peoples and ensured that communities could begin charting their own economic futures.

If you wish to honour Leonard’s memory, the family has asked that donations be made to Indspire in his name. To make a donation, click here: https://indspire.ca/ways-to-give/donate/

To learn more about Leonard Flett’s life and achievements, check out https://indspire.ca/laureate/leonard-flett-2/ 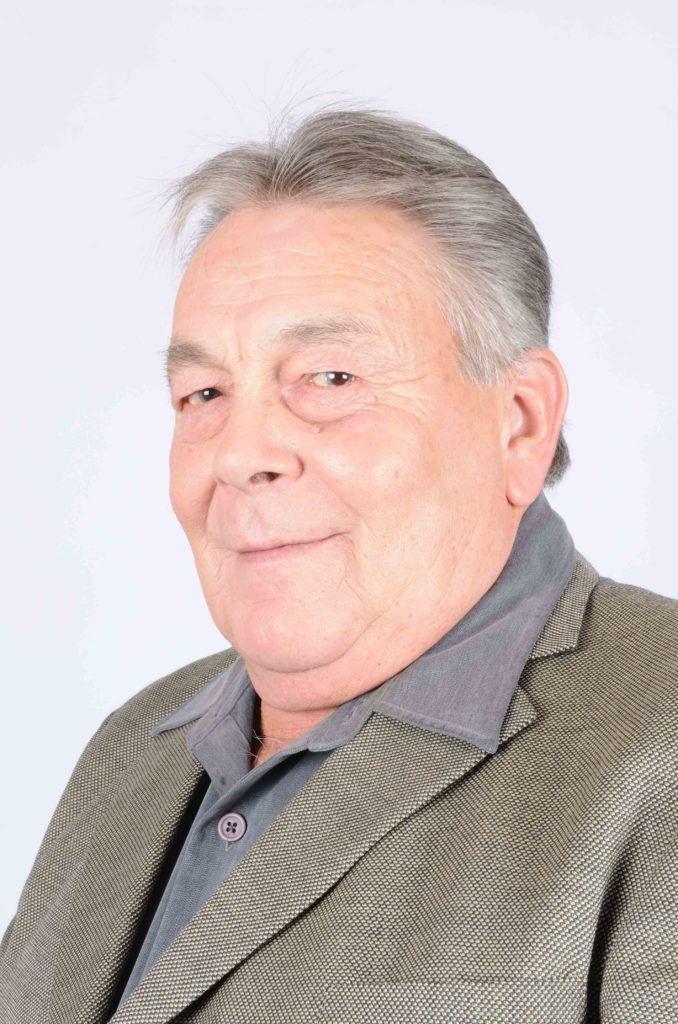 September 16, 2020 – In sadness, Indspire shares the news of another #IndspireLaureate’s passing: Ronald Edward “Bud” Sparrow passed away on September 14th, surrounded by his family, after a long struggle with cancer.

A member of the Musqueam community, Sparrow began his career as a commercial fisherman on BC’s Fraser River. Always conscious of Indigenous fishing rights and the regulatory framework that favoured commercial fishing, Sparrow engaged in a protest against this framework after being arrested in 1984 for having a net that was ostensibly too long. He persevered – and ultimately took his case all the way to the Supreme Court of Canada, where his success changed the lives of Indigenous Peoples.

The 1990 Sparrow Case is considered a precedent-setting judgement, with Indigenous fishing rights now taking priority over commercial and sport fishing. Musqueam Chief Wayne Sparrow said that Sparrow “left our people at Musqueam and Indigenous peoples across Canada with a tremendous legal legacy. We will always be grateful for his quiet determination in fighting for our rights.”

You can watch his recipient video for his 2011 Indspire Award for Environment and Natural Resources here: https://youtu.be/6uzSei796e8 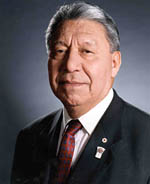 August 19, 2020 – Everyone here at Indspire is deeply saddened to share news of another remarkable #IndspireLaureate’s passing. Honoured Nisga’a leader Dr. Joseph Arthur Gosnell passed away at the age of 84 yesterday after a long struggle with cancer, surrounded by family. “Today we have lost a giant,” said Eva Clayton, president of the Nisga’a Nation. “Through his wisdom, dignity and determination, Dr. Joseph Gosnell helped lead the Nisga’a people out of the Indian Act and into self-government…He represented the Nisga’a Nation with great pride and respect.”

Gosnell was instrumental in negotiating the Nisga’a Treaty, a precedent-setting treaty which came into effect in 2000 and brought the Nisga’a Nation out of the Indian Act, giving them title to 2,019 square kms of land in BC’s Nass Valley and ensuring that they could run their own health services and schools. First Nations Summit member Cheryl Casimer said that Gosnell had “negotiated the first modern treaty of our time and achieved what is the truest form of reconciliation.”

A residential school survivor, Gosnell was also the recipient of four honorary Doctorate of Law degrees and was a member of the Order of British Columbia as well as a Companion to the Order of Canada. We join with his family, friends, and colleagues in remembering and honouring his kindness, wisdom, and compassion – and in celebrating his legacy, which serves as an inspiration to not only the Nisga’a Nation, but also to Indigenous Peoples everywhere. 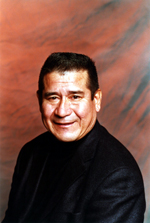 August 17, 2020 – We here at Indspire are very saddened to learn of the passing of Grand Chief Joe Tokwiro Norton, Grand Chief of the Mohawk Nation of Kahnawà:ke, following a fall in his home on Friday afternoon. Well-loved and respected within his community and beyond, he served 13 consecutive terms as Grand Chief after first being elected in 1982. He was instrumental in speaking up for Kahnawà:ke and promoting Indigenous interests for over 30 years, giving good guidance during the Oka Crisis and fostering economic growth and free trade between First Nations communities. He was also an #IndspireLaureate, receiving the 2002 Award for Public Service. Journalist Kenneth Deer described him as a “tower of strength” and praised his community-building: “He learned how we may not always agree but we have to find a way to get along and he always strived to do that,” said Deer. Kanesatake Grand Chief Serge Otsi Simon also praised Norton’s legacy: “He did well for his community, he did well for the Mohawk nation, his legacy you can see in Kahnawà:ke — it’s thriving businesses and you can see the impact on elevating Kahnawà:ke in a better way. Joe Norton — his name is going to be in Kahnawà:ke’s history books for generations to come.”