Cliff Fregin was born and raised in Prince Rupert, British Columbia, and is Haida from Old Massett, Haida Gwaii.  With 30+ years management experience, Cliff has been extensively involved in Indigenous economic & business development throughout Canada. A strategic thinker and strong financial manager he is known nationally for his expertise in leadership development, stakeholder relations, partnership development and development of programs and services.

Through 1995-2002, Cliff had been employed as the Executive Director of the Gwaii Trust – a partnership between the Haida Nation and the settlers on Haida Gwaii.  Gwaii Trust manages a perpetual trust fund initially capitalized at $38 million in 1994; market value in early 2003 was $62 million.

In December 2002, Cliff was hired by National Aboriginal Capital Corporation Association (NACCA) as the Chief Operating Officer, responsible for finance and programs in Ottawa, ON.  NACCA is an association of Aboriginal Financial Institutions (AFIs); these 55 AFIs provide high risk small business development financing and services to aboriginal entrepreneurs throughout Canada.

In 2011 under Cliff’s leadership the New Relationship Trust Foundation, a registered charity, was created which is responsible for the distribution of scholarships and bursaries to First Nations students in British Columbia.

Cliff has experience establishing youth mentorship programs with corporations nationally and internationally particularly in the business sector. His experience leading and developing education and training initiatives include:

Prior to joining Indspire, Cindy was Director of Development at the McMichael Canadian Art Collection, as well as Vice President of its Foundation. Previously she served as Director of Development at the Ontario Science Centre and was the Director of Development & Alumni Relations at OCAD University during the Ideas Need Space campaign that expanded the University’s campus, including the iconic Sharp Centre for Design. She serves on the board of Art Starts and the Association of Fundraising Professionals – Greater Toronto Chapter, and is a member of AFP Canada’s Government Relations Committee. Cindy has achieved the designation of Certified Fundraising Executive (CFRE) and is a member of AFP and CAGP.

Yancy has 20 years of public administration and policy experience in the government and not-for-profit sectors. Prior to joining Indspire, he was a Senior Advisor at the Assembly of First Nations, having previously been Director of Strategic Development at the National Association of Friendship Centres. Prior to 2014, Yancy worked in a variety of policy and program administration roles in various federal government departments, having started his career at the Aboriginal Healing Foundation.

With family ties to Six Nations of the Grand River territory, Yancy spent his early life in Hamilton before moving with family to Ottawa, where he continues to reside. Yancy has a degree in Sociology and History from Trent University.

Yancy has served as a board member at Apathy is Boring, and Synapcity, and is passionate about innovation, public policy and Indigenous human rights. 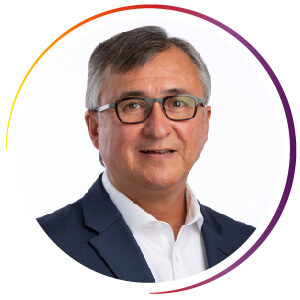 Thomas Darnay is Ojibway from the Garden River First Nation and the Chief Financial Officer for Indspire. He was previously the Director of Finance for the Six Nations of the Grand River, Finance Manager for the Mississaugas of the Credit First Nation, and Finance Officer for the Ontario Aboriginal Housing Support Service Corporation. He is a Trustee of the Six Nations Community Development Trust, a member of the Anishnawbe Health Foundation’s Finance, Audit and Investment Committee, and a Board member of the Indigenous Screen Office. He was also a founding member of Oonuhseh and Aknohsot Native Homes. Tom’s leadership and expertise in finance, investment, strategic planning and governance successfully guides both senior management and the Boards of Directors. Tom has an Honours Bachelor of Business Administration, is a Fellow Chartered Professional Accountant (FCPA)/Fellow Chartered Accountant (FCA) and Certified Aboriginal Financial Manager (CAFM). He received the Queen Elizabeth II’s Diamond Jubilee Medal in 2012.