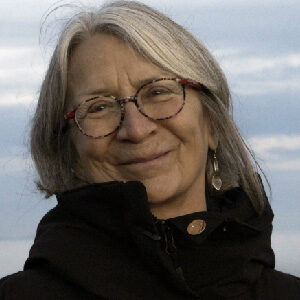 “There needs to be lots of conversation around what law is; what makes law law? How does it work? What are the standards of legitimacy? What does it mean to be accountable? These are questions that not just Indigenous people but all people should be asking.”

A leader in the field of Indigenous law since the 1970s, Dr. Val Napoleon’s mission has always been to focus on and amplify the education and wellbeing of Indigenous peoples. Throughout her career – first as an activist, then as a professor of law – she has retained her focus on education and the importance of Indigenous law to strengthen Indigenous peoples. A leader in the field of Indigenous law, she has developed courses on subjects ranging from Indigenous feminist legal studies, to self-government to restorative justice – and she established the Indigenous Law Research Unit (ILRU) which gained national and international attention. Her first national project at the ILRU, Accessing Justice and Reconciliation, was done in partnership with the Truth and Reconciliation Commission and the Indigenous Bar Association. Dr. Napoleon also co-founded, and now directs and teaches in, the joint degree program in Canadian Common Law and Indigenous Legal Orders, the world’s first Indigenous law degree program which is gaining worldwide recognition.

Are you seeing #backtoschool stuff on your feed? I

Tiana Bone knows all about the importance of the p

Are you ready to #showsomelove to all the fabulous

Ready to make a difference through smart strategic